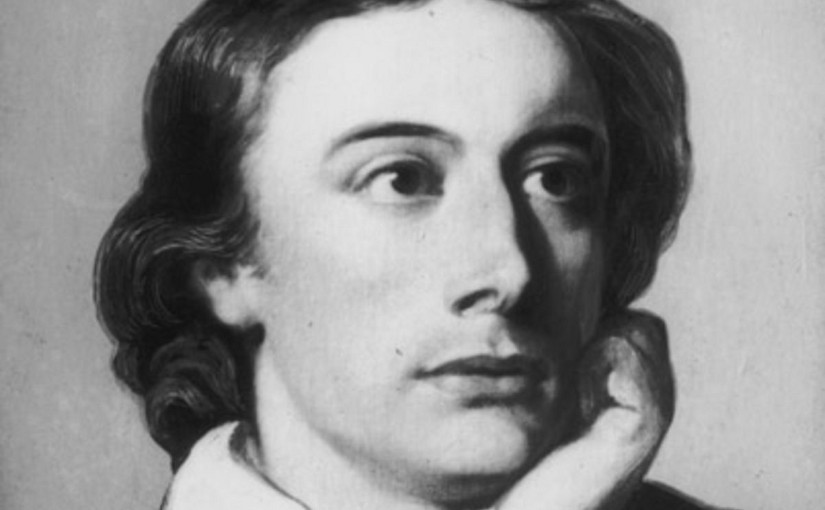 Markov chains are kind of like state machines; with a probability attached to each transition. Each state has no memory of previous states. They have plenty of applications but a very common one is generating realistic text – for example, fooling Bayesian spam filters.

I’ve had a long standing desire to make a Twitter bot using Markov chains; perhaps to make up for the lack of my own tweets! The plan is pretty easy, we need to build our model, produce some output; and use the Twitter API to post it.

This can then be extended to pairs of letters; or even words. Then; by walking the resulting Markov chain, we can mimic the style of the writer. From this description; it’s easy to see how the size of the corpus is going to change the probabilities and affect the final result.

First things first – we need a reasonably large corpus from which to generate the text – I picked John Keats; hopeless romantic and lover of nightingales; which fits with a theme of tweeting. We can get hold of a few bits of Keat’s work from Project Gutenburg. Some clean up of the text is required to remove unwanted words – the preamble; line numbers and headings – otherwise these will “pollute” our corpus.

As for the code; this being the 21st Century we don’t have to do much of this ourselves. We can quickly Google a bit of Python that’ll generate the Markov chain model and use it to output some text; all courtesy of Shabda Raaj.

A first run leaves a bit to be desired; so we’ll make a few minor adjustments – we make everything lower case; and add a back off to prevent stop words like “and” or “of” appearing at the end of our sentences:

For now, i’ve decided against stripping punctuation from the corpus; and lower casing words before they went into our Markov model. Without doing this; “day.”, “day” and “Day” are all treated as separate words; so our output has a bit less variety – often Keatsbot will lift whole sentences from the underlying corpus. What a fraud. But I think on balance it gets us closer to Keat’s style; since punctuation is of course part of that style.

Finally; we want to tweet it. Ricky Rosario helps us with this, pointing us to the excellent Python Twitter Tools. We just need to pip install twitter to download the package; then it’s as easy as:

So – set up a Twitter account; add an application from the developer console to get the various OAuth keys; and we can sing of summer in full-throated ease!

You can find the full code on Github.